Things to Do – The Light Horse & Field Artillery Museum

Things to Do – The Light Horse & Field Artillery Museum

Just down the road from Gumbuya World, not far from Pakenham, the Light Horse & Field Artillery Museum sits just off the Princes Highway on Bessie Creek Road. And sits, it does. It’s still closed by Council edict (OH&S issues)- for “renovations” – although off-site talks, exhibitions and displays are continuing. You may even have seen the stir caused this past ANZAC Day by the transporting of their oh-so realistic horses. That realism is testament to the dedication and passion of the owners – Bernie and Frances Dingle – to what should be one of Victoria’s most treasured icons.Home to a large collection of restored (by Bernie) horse-drawn transport vehicles which were used during World War 1, it is – or will be again – a working museum. It also houses a large collection of weapons from both world wars, uniforms, cavalry kits, equipment carried by pack animals, and medical equipment from Gallipoli and France. An overview of the new museum facility design. It will be approximately 45m x 22m and constructed at the same location!

I’ve written several times about the growth of the Shire, actual and projected, and queried what the Shire needs most, it seems rather strange to me that the Light Horse & Field Artillery Museum has not been pushed up to the front of the agenda. With Gumbuya World and the Pakenham Racing Track just down the road, and rising numbers of tourists/visitors, surely, assisting a national treasure become all that it can be would be nothing short of essential? Particularly one so sharply pointed at a significant part of our modern heritage A fundraising campaign was started in April of this year to generate the funds needed to get the Museum up and running again, but it’s slow going. (This is the link, and there are various ways to contribute). I would be delighted to see some larger organisations in the Shire getting behind Bernie and the Light Horse & Field Artillery Museum.As a repository and commemoration of our roles in the shaping of the modern world, there are few places that can compare to this one. 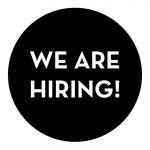