While the most well known of what are viewed as Cardinia Shire’s tourist attractions are located north of the freeway, there are a few places in the southern farming areas that are most definitely worth visiting, from the Bayles Flora and Fauna Reserve, to the Warook Farm and Fauna Park. What’s often overlooked is the Koo Wee Rup Observation Tower. While not a tourist destination in a traditional sense, the Observation Tower overlooks the wetlands, and makes for a great rest stop on a longer journey. With a good size car park – suitable for caravans – there’s also a shelter and numerous picnic tables, and information board including some of the area’s history. Several plaques are scattered around the site, as well as a set of wheels from a dredge imported in the early 1900s. The tower itself is well constructed and quite sturdy, although the height might be a little much for younger kids or those a little nervous at altitude, but with 360 degree views, from the top of the tower one can see Westernport Bay and French Island to the south on a clear day, it is quite spectacular. Unfortunately, the sign at the top with information and distances to nearby (relatively speaking) locations has been removed.

While pets are permitted at the site, there are no public toilet facilities – however, it is only a few minutes from Koo Wee Rup itself, so that really isn’t an issue… If you get the chance, or you’re on the way past, it’s well worth the trip. 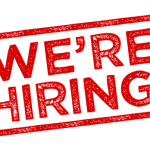 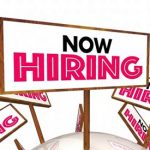