It was recently announced in a press release via news outlets that the iconic Cardinia institution, the 4Cs, would “cease providing emergency relief services” from December 1st of this year.On Thursday, September 26, the reasons given were “funding constraints, population growth and a rapidly increasing client base, meaning that the ability for the 4Cs to continue doing what they do had diminished”. 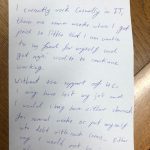 Of everyone I have spoken to about this, no-one disagrees that the reason behind the closure is the lack of funding. The 4Cs have been in growing demand since it was founded, as I noted in an article I wrote questioning the speed of growth in Cardinia and with the increasing economic struggles of so many within the Shire, that demand has only increased. 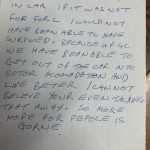 In an interesting contrast, a Narre Warren charity – Bk 2 Basics – run out of a garage, was in danger of closing as well. The demand for their services increased to the point where Casey Council was forced to issue a notice to relocate. The only thing that saved them was businessman Joe Calleja, who donated $120,000 for 3 years rent on a warehouse. You can read the full article in the Age here. 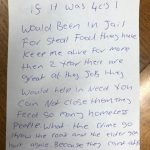 There are a few differences between the two organisations, though. The 4Cs has existed much longer and provides a much wider range of services; Bk 2 Basics is run by a single family and provides donated food, clothes and other goods. The 4Cs run a number of fund-raising events – including the annual Antiques & Collectables Fair and The Slog Bike Ride, while Bk 2 Basics do not (yet). Bk 2 Basics exists within a much higher-density location (point of fact – Casey is Victoria’s most populous municipality, with almost 300, 000 residents at the 2016 census, in an area of 409.9 square kilometres) whereas Cardinia has a population of just over 94,000 at the 2016 census (we’ve just hit 100,000) in an area of 1,281 square kilometres. Bk 2 Basics services about 100 families a day – the 4Cs twice that number, as well as a range of services that Bk 2 Basics just cannot do (crisis accommodation, Emergency Finance, Budgeting and Financial Advice, debt liaison, crisis and long term counselling and more) 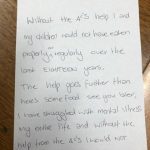 Perhaps the most telling point of difference here, is that Bk 2 Basics has a Facebook following of almost 11,500… where the 4Cs has 569. It could be quite valid to point out that the number of “Likes” on Facebook cannot – and should not – be used as a measure of support. Still… one organisation has received private funding and will continue, and one has not.

It should be made clear that Cardinia Shire Council did not make a decision to stop funding the 4Cs.Council has provided extensive support to the 4Cs for almost a decade, providing more than $500,000 in funding over the 10-year period, and in November last year boosted this support with additional funding of $45,000 as well as business planning support, planning advice, and the coordination of services for the 2018 Christmas hamper program.

A task-force of local community agencies, including the 4Cs, has collaborated on a partnered approach to transition to ensure these important community services continue to be offered to the community and to plan for a smooth and effective transition of services.

In response, The Salvation Army will step in, with support from Cardinia Shire Council, to transition the 4Cs clients over the next few months and will offer emergency relief services from 2 December 2019 to all residents in need via The Salvation Army Doorways program. At the time of writing, I had been unable to ascertain exactly what these services will include, but it seems apparent that it will not be all that the 4Cs have provided. 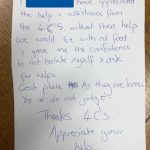 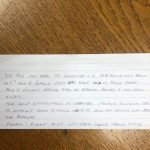 What is missing in all of that, of course, is the 4Cs clientele. For many of them, the closure is terrifying, and for people with little knowledge or trust in the Salvation Army, it is a period of great uncertainty. Volunteers, also, have expressed disappointment and anger that the Council will now fund the Salvation Army to open three days per week. There is an underlying belief that Council are against the 4Cs continuing, and they are devastated. 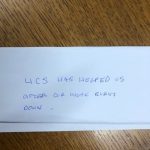 Despite previous articles online and in print regarding the amount of funding council have provided to the 4Cs (and even mentioned here, previously), the most intriguing part of the current situation is that the contracts with the 4Cs and the Salvation Army moving forward are confidential – which means that the sums involved cannot be disclosed by anyone. Instead, What has been stated is that the same amount of funding that was given to the 4Cs will be given to the Salvation Army…plus an undisclosed “startup” amount. That secrecy is a very significant contributor to the underlying belief that Council does not want the 4Cs to continue.

I am unaware at this time of how much money has been raised by the community over the last ten years that has gone toward supporting the 4Cs; from either individual donations and fund-raising events, but it will be interesting to find out. 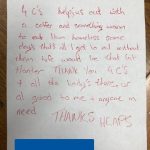 At the end of the day, however, it is the Shire’s less fortunate who are again going to bear the burden of the loss. 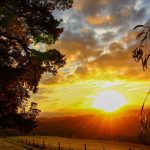 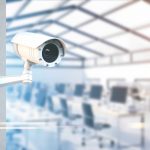