The end of the world

The end of the world

Eye of a hurricane, listen to yourself churn
World serves its own needs
Don’t mis-serve your own needs
Speed it up a notch, speed, grunt, no, strength
The ladder starts to clatter
With a fear of height, down, height
Wire in a fire, represent the seven games
And a government for hire and a combat site
Left her, wasn’t coming in a hurry
With the Furies breathing down your neck

It could be the end of the world as we know it – if we choose it to be. It’s a terrible time. Drought. Fires. Flood. Self-serving greed. Fear. But there are positives. Selflessness. Giving. A sudden, significant effect on global greenhouse gas emissions – likely temporary – and general air pollution. Blue skies over China and crystal-clear blue water in the canals of Venice, in which dolphins and fish can now be seen swimming. As we are globally forced to take a breath, we should take the opportunity to re-evaluate our way of living, and especially, the speed at which we (often fail to) live it.

The economy, of course, will take a hit. The recession that was coming it likely now unavoidable – which just adds more weight to question the way our society functions, or doesn’t function.

Luke Williams, on a Facebook video, had this to say, on re-connecting (he’s an absolute champion)

And you know something? That’s all it takes. One neighbourhood at a time, until it changes the world.

There are massive learning opportunities here, too. I am a bit based in this area, because I’ve been involved with technology most of my life, and I have believed for quite a few years that remote working and remote learning is a practical, realistic way of doing things. In a scenario where we are forced to there should prove little reason to stop doing so once other factors revert to a ‘new” normal.
Population growth has been a politically hot-topic for some years, but my concern has always been more about population concentration. We are living in more and more condensed areas, with more people per square kilometre. Yet, one of the keys to slowing the spread of COVID-19 is to keep your distance. There’s a real rabbit-warren here that we could wander down in to, from personal space, through mental health to hygiene and cleanliness, but to summarise it – living further apart is better in almost every way than living crammed in together. What would right now be most obvious is that living further apart will give us a huge advantage when a situation like this one occurs again – and it will. 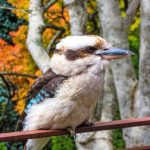 There’s a great chance now, too, to gain a forgotten appreciation of both nature and neighbours. Being forced to slow down gives us that chance, and to make the absolute most of it, why should we lose what we can gain (again) by going back to the hustle and bustle of what modern life has become? Great er appreciation, greater connection leads to greater contentment, greater giving, less crime, fewer (traffic) accidents and a drop in illnesses. In Cardinia Shire, we’re very lucky because we have such an amazing variety in our native systems and landscapes to explore. 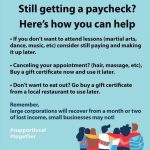 The other side, as briefly mentioned, is the economy. Such a cold, de-humanising word. Many small, local businesses may well go out of business. The larger corporations will survive, with barely s glitch in their (some might say obscene) profits. But the big companies are only half of the picture. Small business is about half of the economy, in terms of GDP and employment. More, small businesses invest more in their local areas than do large businesses. Take a look around at the sporting clubs in the shire, the community gardens, the not-for-profits and the festivals. In slowing down our lives, and re-connecting, if we turn back to small business, we’ll double the investment, and those few cents more we pay at the counter, will come back to all of us that much faster.I’m old enough to remember petrol station attendants filling the car with fuel for you, the friendly chat in the local corner store and the feeling of being welcome that you just don’t get in bigger complexes. They were, and could well be again, a place where the community comes together, not for a specific reason, but because that’s just where you happen to be. To keep us grounded. To keep us real. 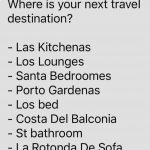 Next:
Your Next Vacation