Home A Guide to Cardinia, Editorial, The Big IssuesOK, That’s It

Ya know. I know social media plays in to the short attention span, and the hand-it-to-me-on-a-plate mentality. I do. I understand that. Hell, “Instagram” because it’s instant, right? But seriously, people, come one! Make a little effort! You want to listen to the spin and not think for yourselves? If that’s the case, I have a nice beach front property in the Sahara going at a bargain basement price you might be interested in.

“Why was K-Mart rejected?”

IT WASN’T.
K-MART WAS NOT REJECTED.

And it pisses me right off that people who should know better continue to spout that it was K-Mart that was rejected. It’s very much like a childish temper tantrum (as opposed to this very adult rant lol).

The proposal to develop the land at 900 Princes Highway in front of Cardinia Life was rejected for a multitude of reasons, not least of which was traffic and SAFETY.

Now, a couple of points for your consideration.
1. K-Mart never said they were coming. Not once. In fact, when I spoke directly to their head office, their response was: “We’ll tell the community when we’re coming”
2. Here’s a link to Baw Baw Shire Council – https://www.bawbawshire.vic.gov.au/Latest-News/Development-Approved-for-Kmart-and-Bunnings-in-Warragul. I can’t see why K-Mart would open in Warragul AND Pakenham.
3. The developer doesn’t care about whether we get a K-Mart and Cinemas or not. They care about the development, and filling it with whoever they can.
4. If you think the roads are bad across the Shire now, if this development goes ahead, watch for the number of accidents that WILL happen around the new centre.
5. K-Mart and Target are owned by the same company, and there is a Coles in Lakeside only a couple of hundred metres away. If the development does go ahead and K-Mart and Coles are the two big stores in there, you can be absolutely guaranteed that Lakeside Coles and Pakenham Target will vanish. New jobs at the new development, yes. Less any transfers from the closing businesses, of course!
6. Officer development has not proceeded because Development Victoria (the State government essentially, the same one pushing growth out this way) is refusing to release the land for development. An oxymoron akin to Military Intelligence, I know.
7. Abusing and name calling councillors for decisions into which you make no effort to investigate for yourself; or insulting people, putting them down simply because you want to believe the spin of those pushing for the development detracts from the community. You’re better than that.
8. Click a few links. If you can type a comment, type in a google search. Make a phone call. Send an email. Do some research. And while you’re at it, stop spouting off about how the “younger generation” are lazy, FFS.
9. Everyone complaining about having to drive to Fountain Gate for K-Mart? How much of that traffic do you think will come in to Pakenham for a new K-Mart? I’m betting a lot. I’m also betting no-one – either for or against this proposal – has actually looked in to estimated traffic numbers the proposal would bring. Believe me, when K-Mart goes in to Cardinia, it won’t matter where it goes, it won’t be servicing just Pakenham, or just Officer, or just Cardinia. The highway location would be murderous.

Phew. Thanks for letting me get that off my chest. I magine I might lose a few fans out of this. Oh well. I’m quite happy to debate anything – civilly – with anyone, and more than happy to be proven wrong. Shoot me a message if you like.

Anyway. Chances are, this’ll go to VCAT, and then a decision will be made there. Hopefully, it will be the correct one for the entire Shire. 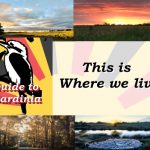 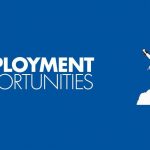