I have a reasonably eclectic taste in music. For most of this year, I’ve been hooked on one particular metal band (which now, my kids are totally sick of), but one of my real loves is Celtic music. There’s a few reasons for that, the use of Dorian modes and Pentatonic scales being the most technical. But there’s something more primally appealing.

Liminality have provided a niche space in the Celtic music scene for many years with Cath Connelly (celtic harp), Greg Hunt, (mandolin/violin) and more recently Jules Vines’(keyboard and vocal). Cath and Greg formed the group in 1998 after a chance meeting at a St Patrick’s Day Festival. Three albums followed. Song Line Thin Place, and Invocation celebrate the music of the liminal space – connecting the listener with musical purity and simplicity.

Angels We Have Heard offers a beautifully refreshing musical alternative for the celebration of Christmas.

The name Liminality refers to the threshold space between the physical and spiritual worlds – understanding the essence of music – its connection with the soul, the ancient past and contemporary relationships.

Cath went on to become an internationally recognised harpist and Greg continues to be a much sought-after musician in the local Melbourne music scene lending his skills to many and varied artists.

Since the addition of multi-instrumentalist Jules Vines in 2017 Liminality has produced a fourth album (RiverMead – 2017) and a fifth album (Brigid’s Mantle – 2019).

Greg, Cath and Jules bring a vast and varied range of musical experiences to every performance and have impressive touring and recording resumes.

Liminality is available for special concerts, festival appearances (incl. workshops) and regularly touring home and abroad. The appeal of Liminality stretches across generations, cultures and brings together people who share a mutual connection to the essence of the spirit of music.

All music is available http://www.liminaltyceltictrio.com.au or on the Green South Record Label.

“An Evening With Liminality Online” is a concert to relax and unwind with a superb, classically-styled repertoire of ancient traditional tunes, songs and original compositions, recorded live in St Paul’s Cathedral, Sale. All proceeds donated to The Gippsland Anglican Bushfire Relief Fund – supporting communities in bushfire affected regions across eastern Victoria.

Featuring a brand new composition dedicated to the communities of East Gippsland, Liminality’s special guests include local citizen Peter Downs who lived through the bushfire experience and Vokallista Choir led by Barb McFarlane.

This is an on-line concert which we offer for free whilst encouraging you to donate with 100% of these donations going to the Anglican Bushfire Relief Fund. When you go to the Trybooking site, you have a choice of either purchasing a ticket for $20 or using the code ‘Liminality’ which will allow you to attend for free.

Event on A Guide to Cardinia 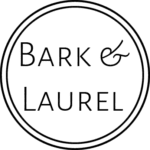 Previous:
Bark and Laurel – It’s all in the name

Next:
Support Local – Sharing is Nice; Buying is Better