Back in June, I did a small poll on Facebook. I asked the question: Do you see Cardinia Shire as a tourist destination.
You can see it just below – clearly the response was a resounding “No”. Keep in mind there is some bias in this poll – it was posted from my Facebook page, and while shared around a little, reflects the views of my audience.
However, I was still surprised by the heavy leaning of the results to one side, but it makes sense, in a way. Cardinia isn’t promoted as a tourist destination locally, and many people aren’t aware of everything there is to see and do here. I think we’re making some headway in correcting that, but I also believe a lot more needs to be done, because Cardinia is a great place to visit (as well as live), and it’s only getting better.

Let’s have a look at it, starting in the north and heading southwards. For simplicity’s sake, I’ll go by council ward – Ranges, Central and Port. This isn’t going to be comprehensive, and you may disagree with things I’ve included, but it might be eye-opening. Please feel free to add anything I’ve missed in the comments. Ranges Ward is in the north, and is mid-sized in terms of geographic area. It covers (roughly) the crescent top of the Shire from Beaconsfield and Officer through Emerald, Gembrook and Cockatoo and across to the east a large part of Bunyip State Park. In no particular order:

Central Ward is the smallest geographically speaking, and the highest population density, because it covers pretty much Pakenham (even Pakenham Upper is in Ranges Ward). This one’s a bit touchy for some people. Port Ward is the largest by area, and covers everything else, from Officer South down to Lang Lang and across to Modella and Longwarry (where we share roads with Baw Baw)

As I said, not comprehensive. In fact, I’m damn sure that any locals could well add a multitude of things to do and see to this list. but take a look at it. There are at least two – potentially four – world class attractions in there. The potential for tourism, and for the local economy in terms of employment – is enormous. Now we’re coming in to the warmer months, get out and about (before bushfire season) and have a look for yourself. See what else you can discover in Cardinia – and let me know, so we can tell everyone else about it 😉
Also, just a quick reminder to:
Like us on Facebook, join us on Instagram, follow us on Twitter or join one (or all!) of our Facebook groups. (And please, share us around social media!)
Everything Real Estate by AGTC
Cardinia Shire Events and Notices
Employment Opportunities by AGTC
Business Advertising Cardinia & Surrounds 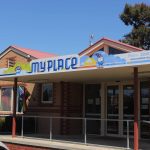 Previous:
The Youth of Today 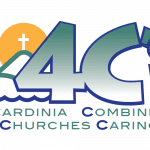 Next:
The Four Cs