A Guide to Cardinia acknowledges that we are on the traditional land of the Bunurong and Wurundjeri people.

Cardinia Shire is located on the traditional lands of the Bunurong/Boon Wurrung and Wurundjeri People of the Kulin Nation. I would be delighted to recount their history – even a summary of it – pre-western-colonisation, but I am afraid I know little about it. Even the local history sites do not include much, if any, information in this regard. (If you or someone you know of would be interested in educating me, and perhaps all of us, please get in touch with me here)

The areas within the present-day boundaries of Cardinia Shire were originally parts of the Cranbourne and Berwick districts, which were incorporated in 1860 and 1862 respectively. The Shire of Fern Tree Gully, later Shire of Sherbrooke, split away in 1889 and included areas to the east of Melbourne. In 1973, the City of Berwick, including Berwick and areas closer to Dandenong, split away from the Shire of Berwick, with the remainder being renamed Shire of Pakenham.
The Shire came into being on 15 December 1994 as the result of statewide local government reform, by merging the Shire of Pakenham with rural sections of the Shire of Sherbrooke and City of Cranbourne.
The Shire of Cardinia contains the only area of Melbourne to use telephone numbers beginning with the exchange prefix 5 – this is a leftover from when it used the area code 059-xx xxxx.

Credit Source: Casey Cardinia – links to our past

In essence, the modern Shire has only existed for roughly a quarter of a century, and so it is a little tricky to properly show how it has grown in a short article. However, last year, the Shire of Cardinia reached 100,000 people. That’s pretty significant for what is still for the most part (geographically at least) a rural area. On average, we have less than one person per hectare (compare to Casey, with about 350,000 people and almost 9 per hectare). More than seventy-five percent of our land is still used for agriculture. To really emphasise this, the growth corridor through the centre of the Shire was estimated to have a population of about 74,000 in 2019 – meaning 75% of the population is through Officer, Beaconsfield and Pakenham with slightly more than 7 people per hectare.

Even with the recent redistribution of Wards within the Shire, it is not hard to see the possibility of another Shire redistribution in the future, with the northern and southern parts of Cardinia being peeled off to merge with surrounding shires. Possible, but not likely at this point.

Reflecting the growth and changing shape of the area, there are 8 locations listed on on the Victorian Heritage Register, from Kurth Kiln in the north, to the Bayles Bridge No. 1 and No. 2 in the south. We have far more places of interest than that, however, and in recent years we have seen almost an influx of larger developments – several based around election time investment promises, but not all. Gumbuya Park was bought and grew into Gumbuya World. A $2 billion train yard is still under construction just outside of Pakenham. The replacement of level crossings has begun, with skyrail on the horizon and all of the development that will bring. Just south of Pakenham the new Motor Sport Complex is about to become a reality, and just beside the Cardinia Club, the first “real” hotel for the region is being built. All of this on top of the existing features – Puffing Billy, Emerald Lake Park, Mt Cannibal, Bayles Fauna and Flora Park, Emerald Museum & Nobelius Heritage Park, Pakenham Racing Club, The Light Horse & Field Artillery Museum (when it’s up and running again) and more.

With the Shire being one of the 10 fastest growing LGAs by population in the country, and the Pakenham East development with up to 7,200 new homes likely going ahead, there’s only one direction for Cardinia – and it doesn’t involve remaining a rural municipality.

So what does it mean? What else can we expect to see in the Shire? What are we going to lose to see these changes happen?

Let’s have a guesstimate (and please understand, this is speculation – don’t go quoting this as fact):

A few possibilities there – mostly possible. Have I missed anything? Where do you think Cardinia is headed? What other businesses or attractions will come to the Shire with the continuing growth? Let us know in the comments! 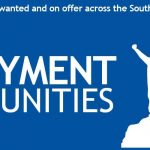